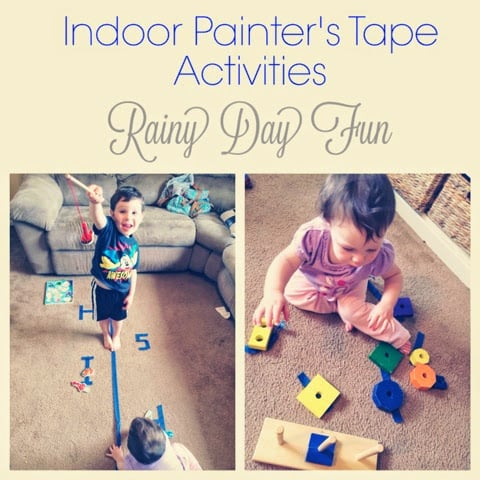 I love painter’s tape, we have used it for so many different projects and my local dollar store usually has it in stock which is a major bonus! I’m going to list a few of my favorite activities, some that we have done and other that I want to try!

1. Fishing Game:
This is such an easy setup, all you really need is one straight line as a ‘dock’. I added the letters F, I, S, and H just to reinforce them because we have been working on letters at home. 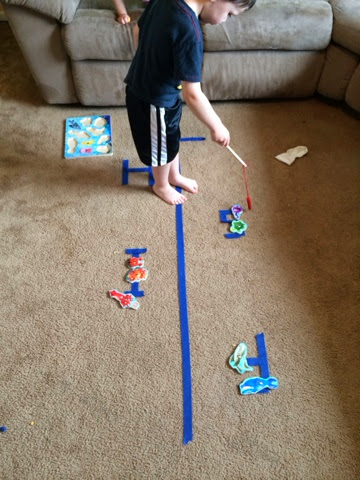 I used a Melissa and Doug fishing puzzle for the activity but if you don’t have one (although I recommend it) you can make your own fishing set. You can try this one by Play Create Explore using paper, or this one using felt. 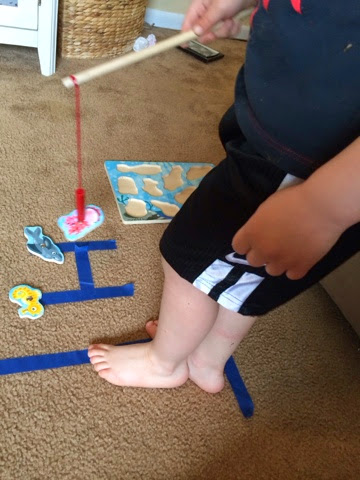 Mack (3years old) had a lot of fun with this activity and did it multiple times. Ava (10 months) was very interested in ripping up the tape. I made her a game so that she would leave Mack’s tape alone! 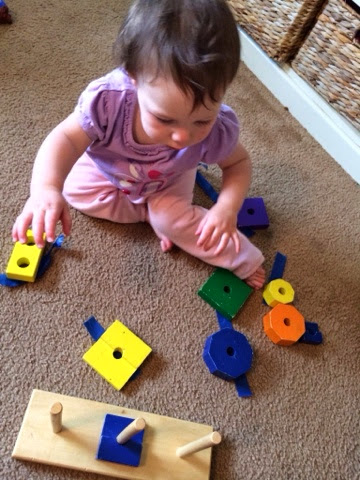 She has been working on mastering this ‘puzzle’ so I put strips of tape on the ground with the pieces on top. When she grabbed the pieces the tape became exposed and she was able to rip it off of the ground which she was excited about. 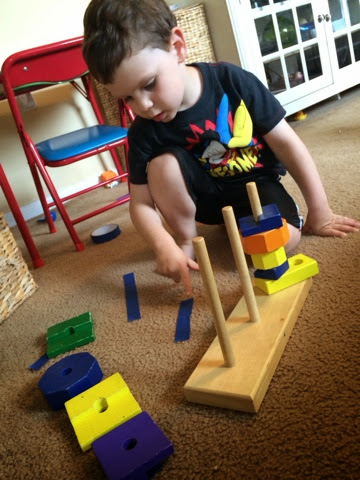 Of course Mack had to try her game as well, he liked counting the strips of tape, go figure…
2. Sticky Spider Web from Hands on As We Grow
This would be so much fun any day of the week but especially as a Halloween activity, which is what I’m saving it for!
3. Masking Tape Maze from Rachel Swartley
Maybe a but more complicated to design but so many different ways it could be played with! Race cars, toy animals, balls…
4. Painter’s Tape Road by Shabby Creek Cottage
This could be really cool for a little boy (or girl). You could build a whole little community and add stop signs etc or an airport… So many opportunities for learning through play!
5. Tape Shape Fun by Toddler Approved
This is great for teaching shapes and would work well with letters too!

I love how they incorporated bean bag toss into this! I have done something similar but with the letters in Mack’s name, he would jump from letter to letter saying each one. It was how he first learned to spell his name. I had been trying to teach it to him for a while but it just wasn’t sticking. After adding some gross motor into the activity he picked it up right away! 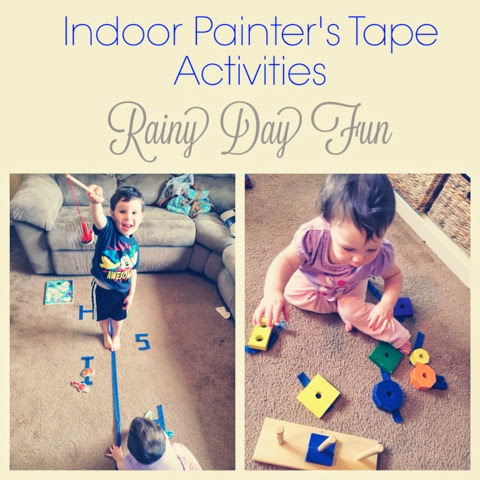 I seriously can not wait to do this with Mack, I know he will absolutely love it!