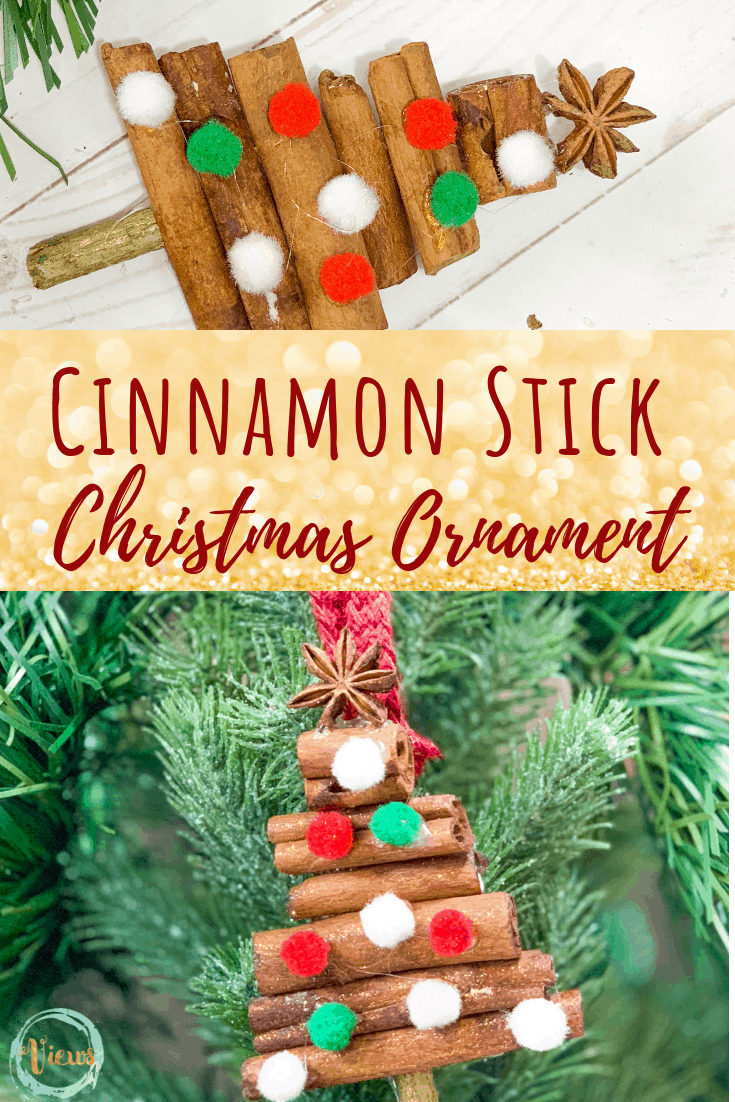 These DIY cinnamon stick ornaments have a rustic feel and are easy for kids to make. Perfect for a homemade gift or for a keepsake ornament.

Cinnamon sticks have become popular around Christmastime, and making cinnamon stick ornaments are easy and fun. Plus, they can be a great way to keep a room smelling good!

These cinnamon stick ornaments are shaped like a Christmas tree and topped with a clove, making them a really beautiful and rustic DIY ornament that kids can make. 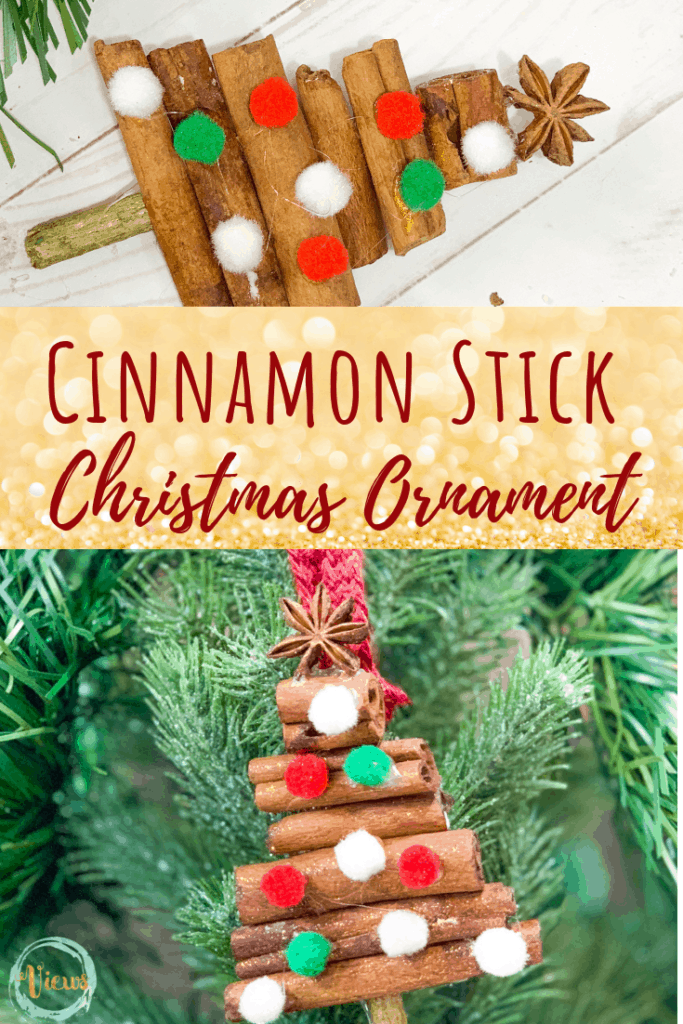 Collect some cinnamon sticks of varying sizes and create this fun homemade ornament. This tutorial uses a hot glue gun, which older children might be able to use. Younger children will nee help with this, but will still delight in organizing the cinnamon sticks and helping to attach them. 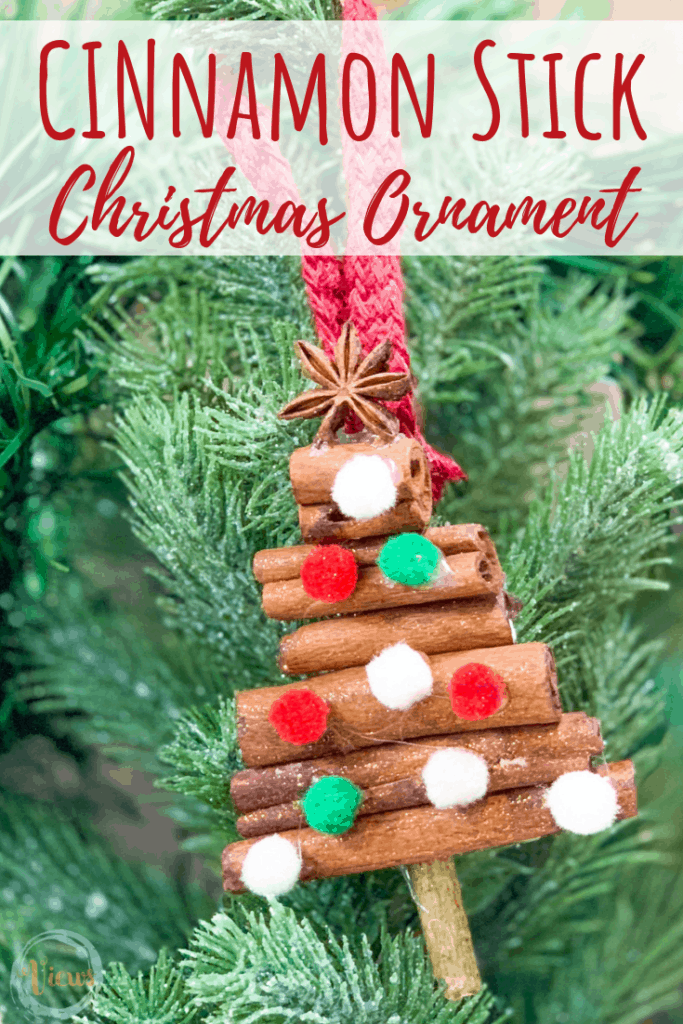 What you need for the cinnamon stick ornaments: 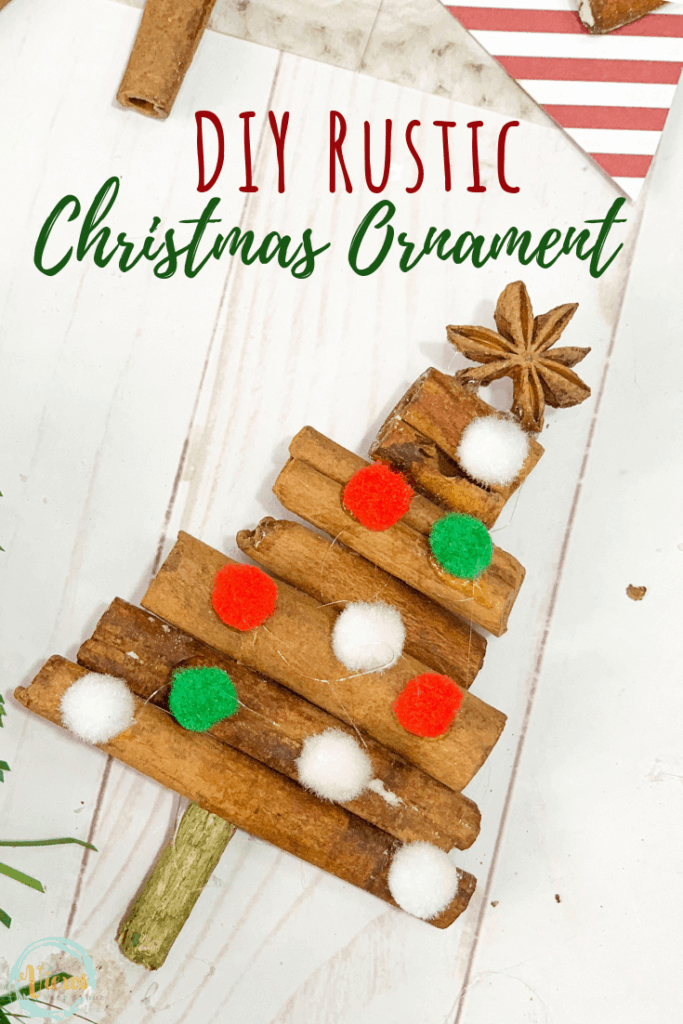 To Make the cinnamon stick ornaments:

First, arrange the cinnamon sticks from biggest to smallest on the table. 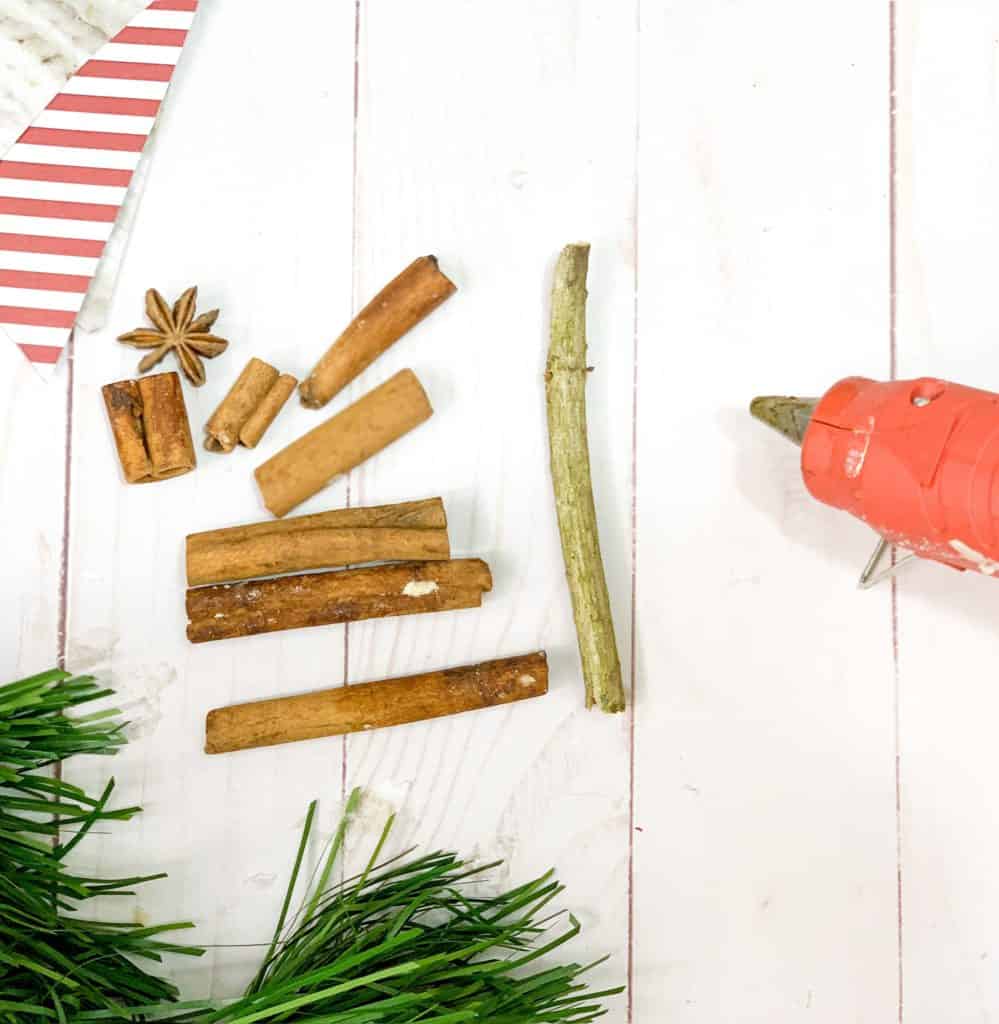 You might need to break some of the cinnamon sticks to make them small enough for the top of the tree. We bought a large bag at a craft store and they came in varying sizes as some had already been broken. 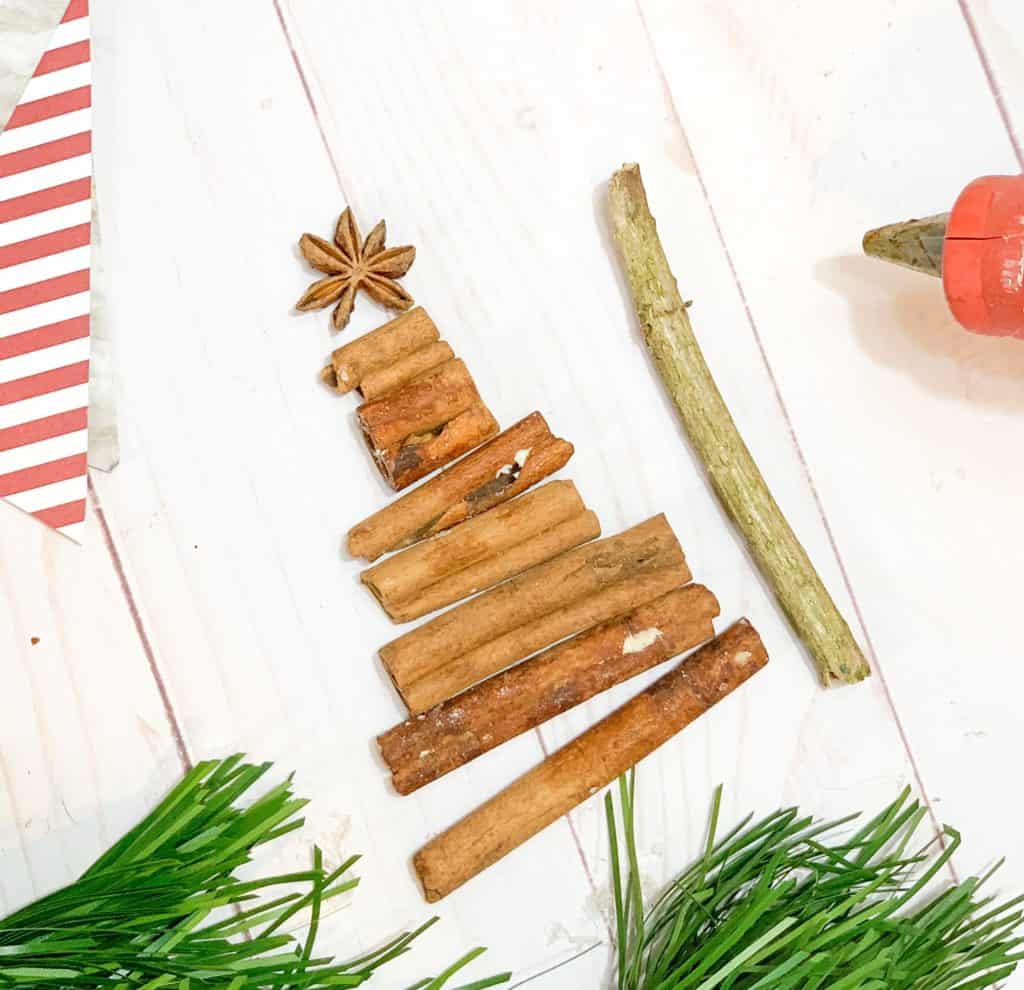 Place some hot glue on the twig and begin arranging the sticks from largest to smallest, working upward. 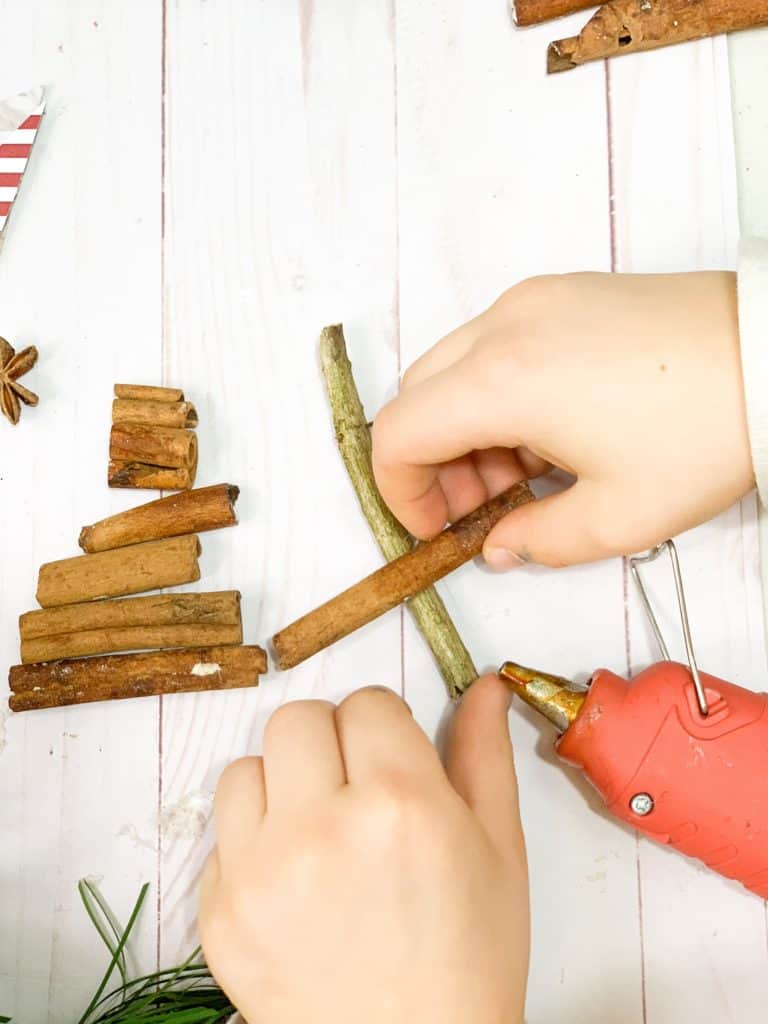 My 5 and 7 year olds can use a hot glue gun and really enjoyed arranging their sticks int heir own way. My 3 year old needed help with the hot glue gun, so I put the glue on the twig and he held the end of the cinnamon stick placing it on the ornament. 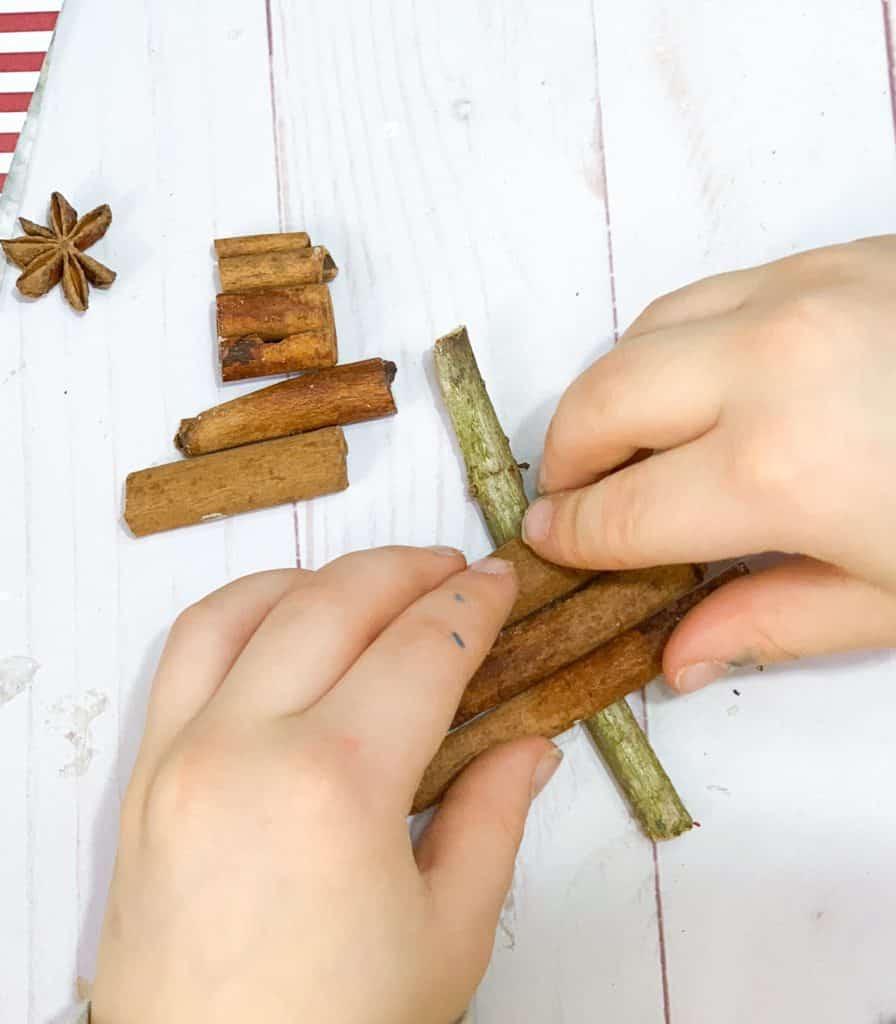 Once the ‘tree’ has been glued on, top with a clove as a star. These look so pretty and rustic just like this! 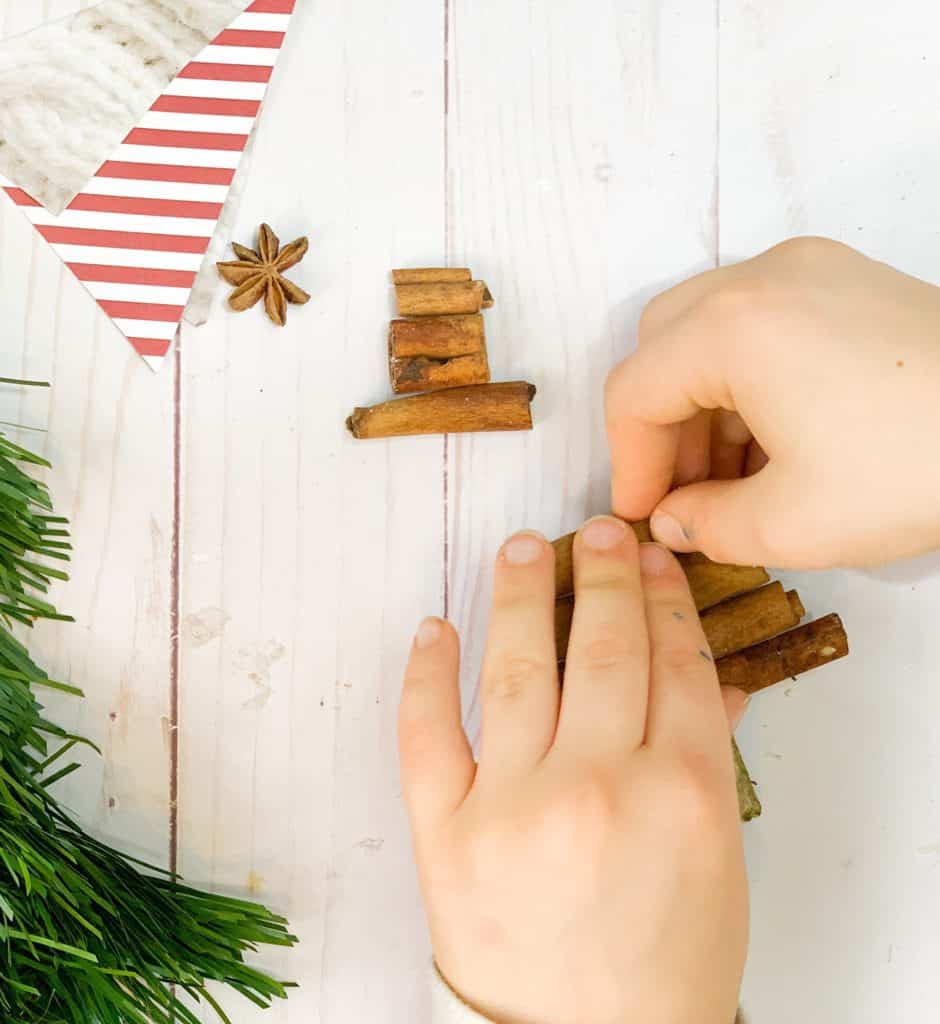 From here, we sprayed with some spray craft glitter, let dry, and added pom moms and confetti as decoration. Glue a string to the top and you have an ornament to display on your tree! 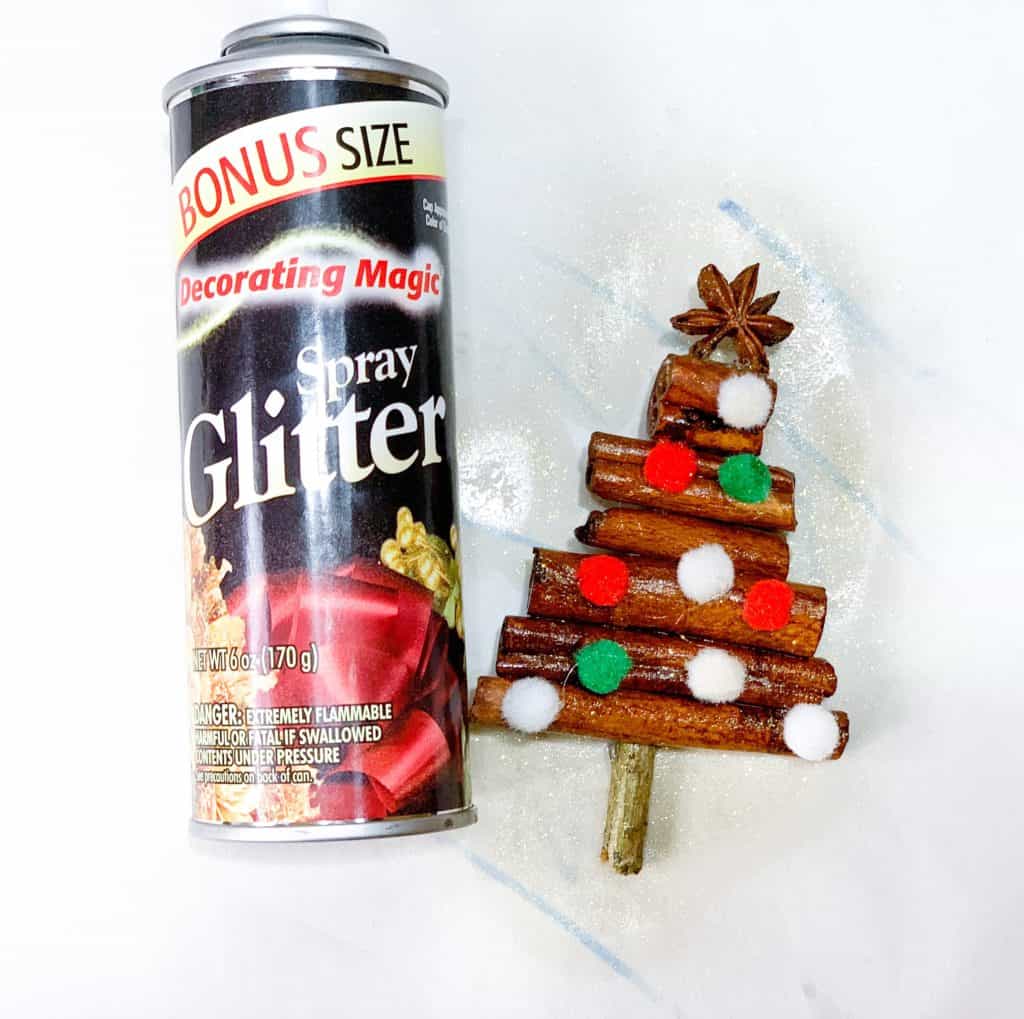 This DIY cinnamon stick ornament is so fun to make and comes out really beautiful.

Have so much fun creating fun Christmas keepsakes with your kids. 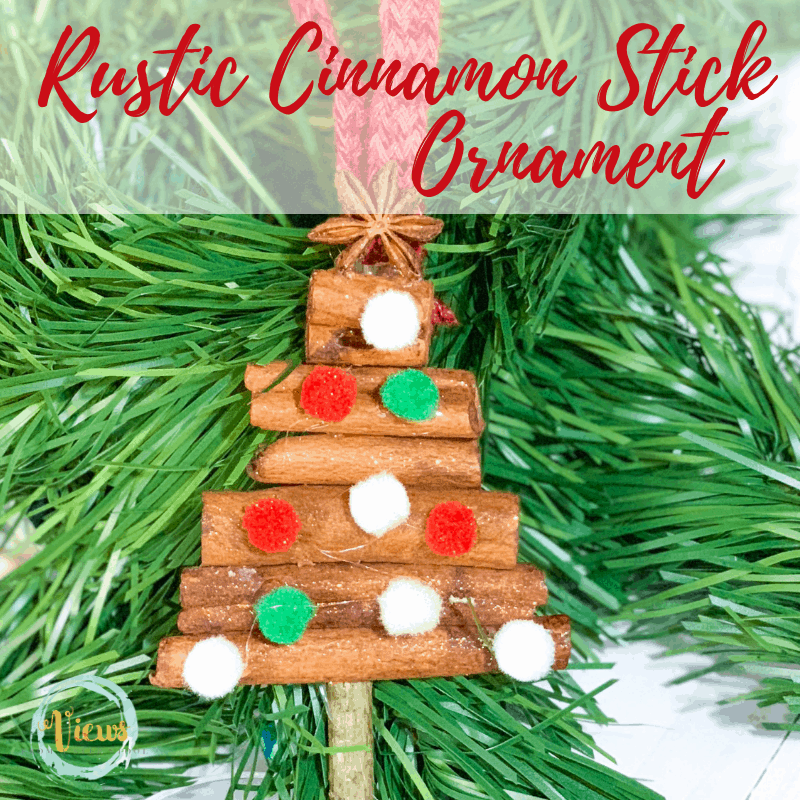