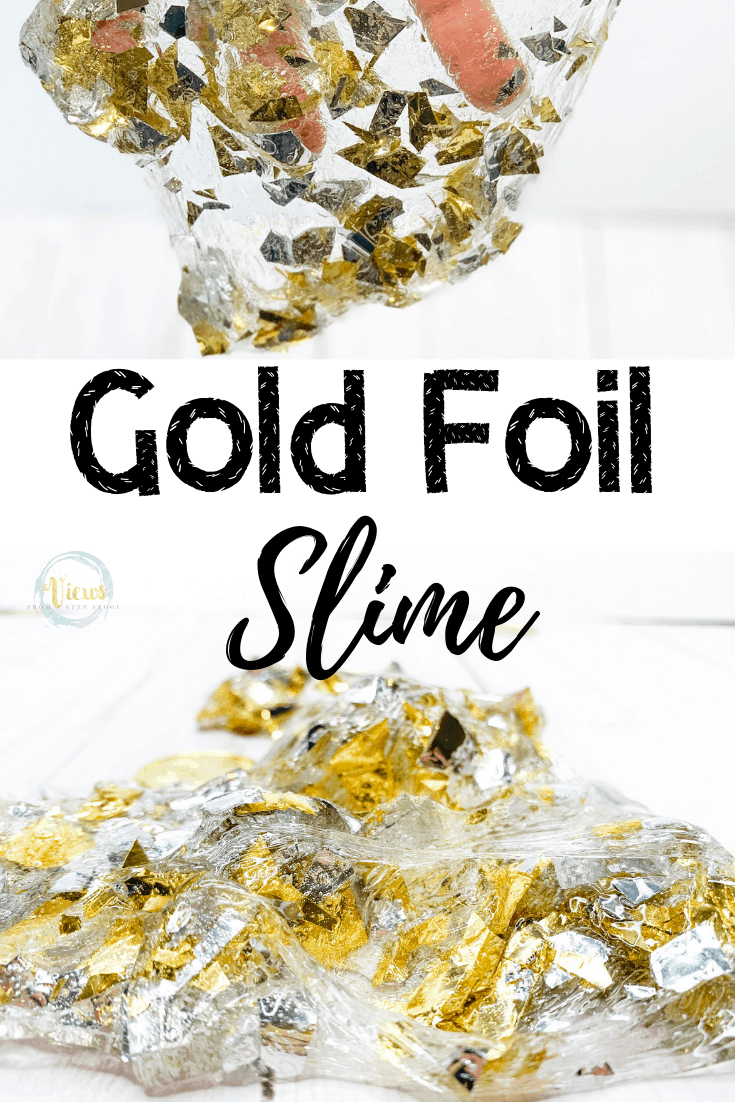 Slime is such a fun sensory tool for kids. It is slimy, stretchy and fun to make. Children feel like young scientists when mixing ingredients to make something new. This gold slime is crunchy and satisfying to play with, and keeps its clear glass slime effect!

What a fun slime recipe for kids who love metallics, or for celebrating St. Patrick’s Day and a big ole’ pot of gold! 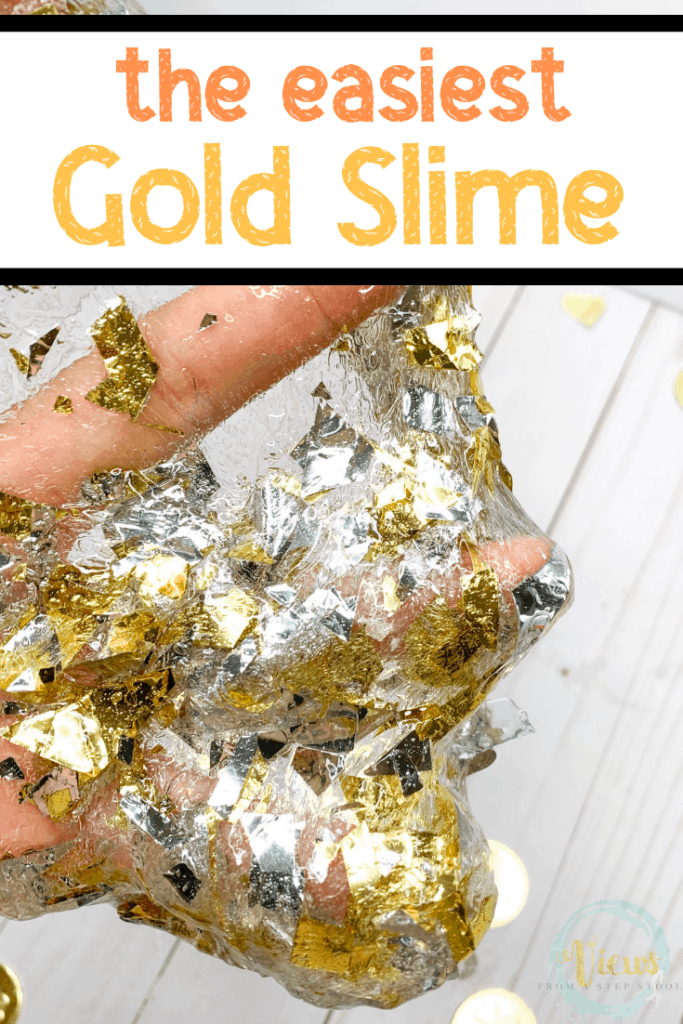 This gold slime recipe uses activator rather than mixing baking soda and contact solution or borax. Using pre-mixed activator makes it easier to make slime for beginners, or for large groups of kids.

What you need for the gold slime: 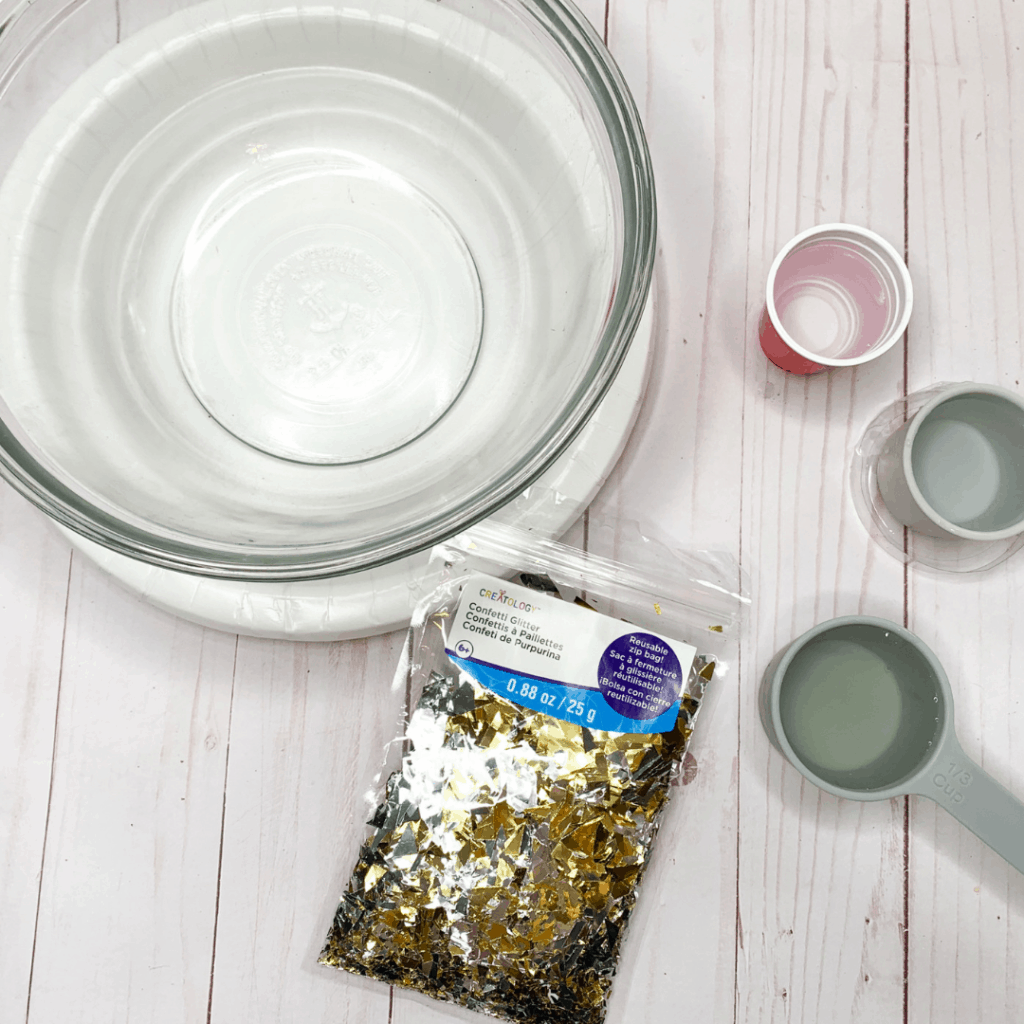 What to do to make the gold slime: 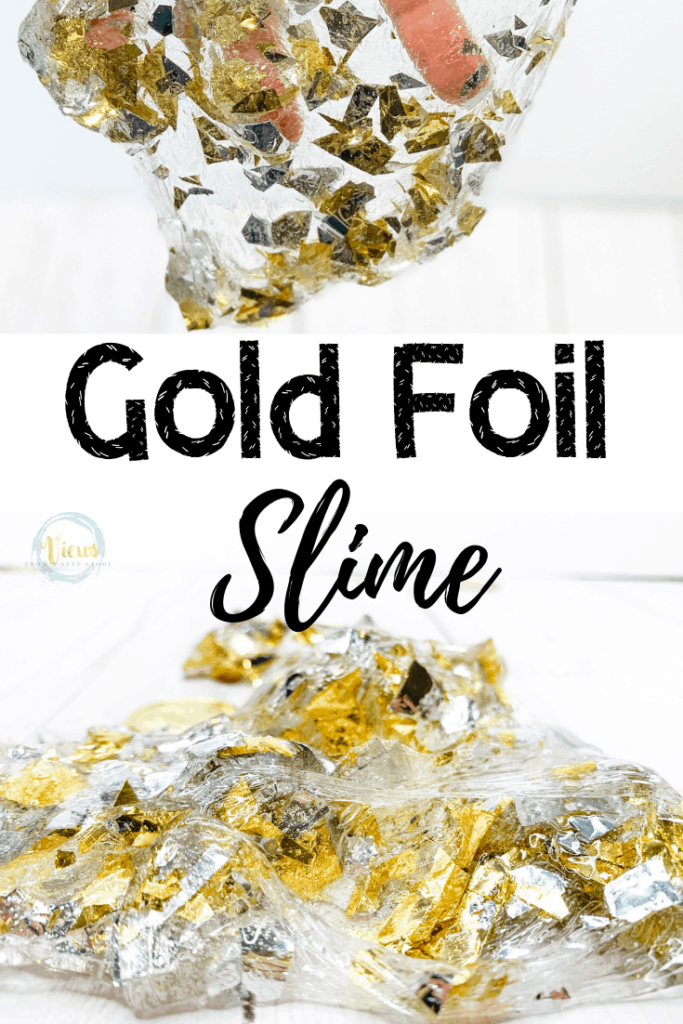 Begin by making a batch of clear slime. Do this by mixing the clear glue, water and activator. I like using activator because my kids can make this slime mostly on their own, and it’s a bit more forgiving than some of the homemade activators.

Additionally, it makes the slime a little bit firmer, making the slime easier to contain and less sticky on the hands.

Once the clear glass slime has been made, kids can play with it and stretch it to make sure the consistency is what they like. Note, once adding the gold foil, the slime will feel even firmer and a bit crunchy.

Typically when making metallic slime we add either metallic paint or glitter, but we decided to give this gold foil confetti a try, and loved the results! 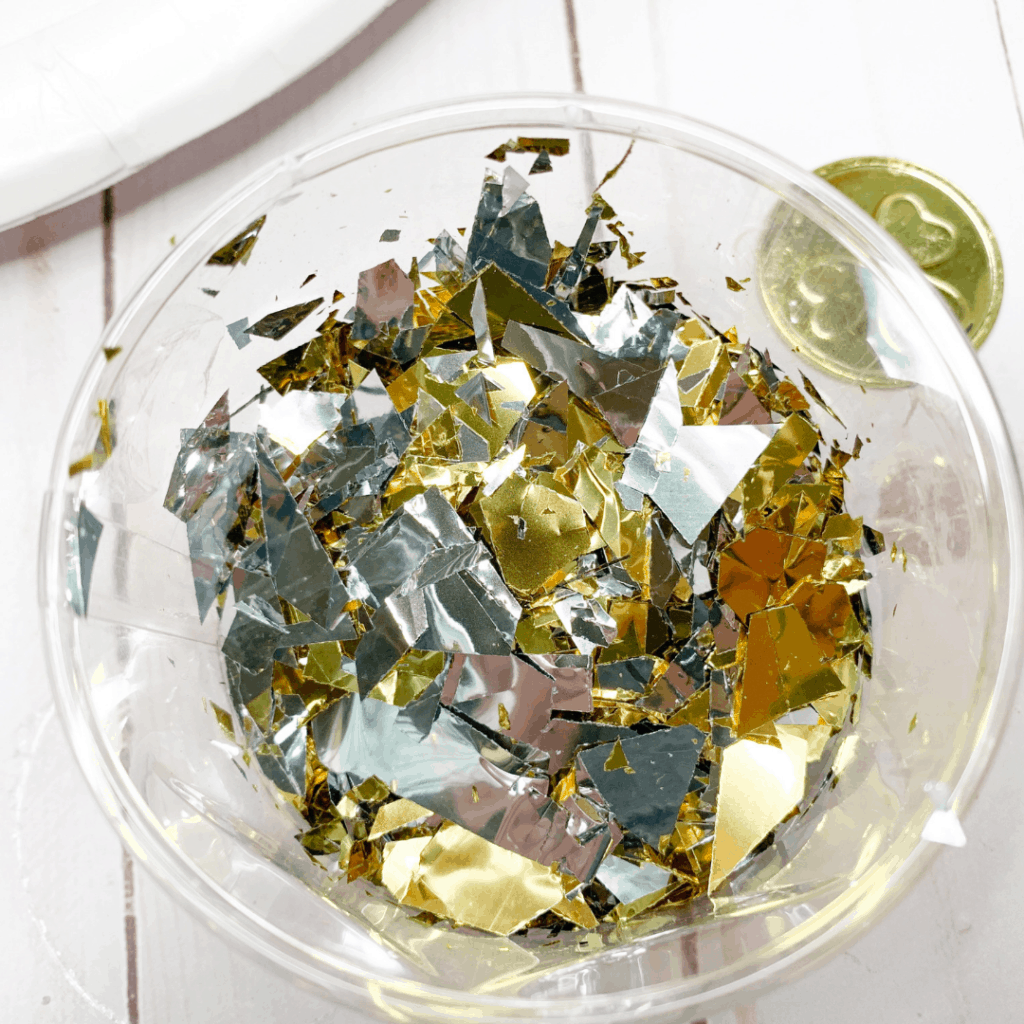 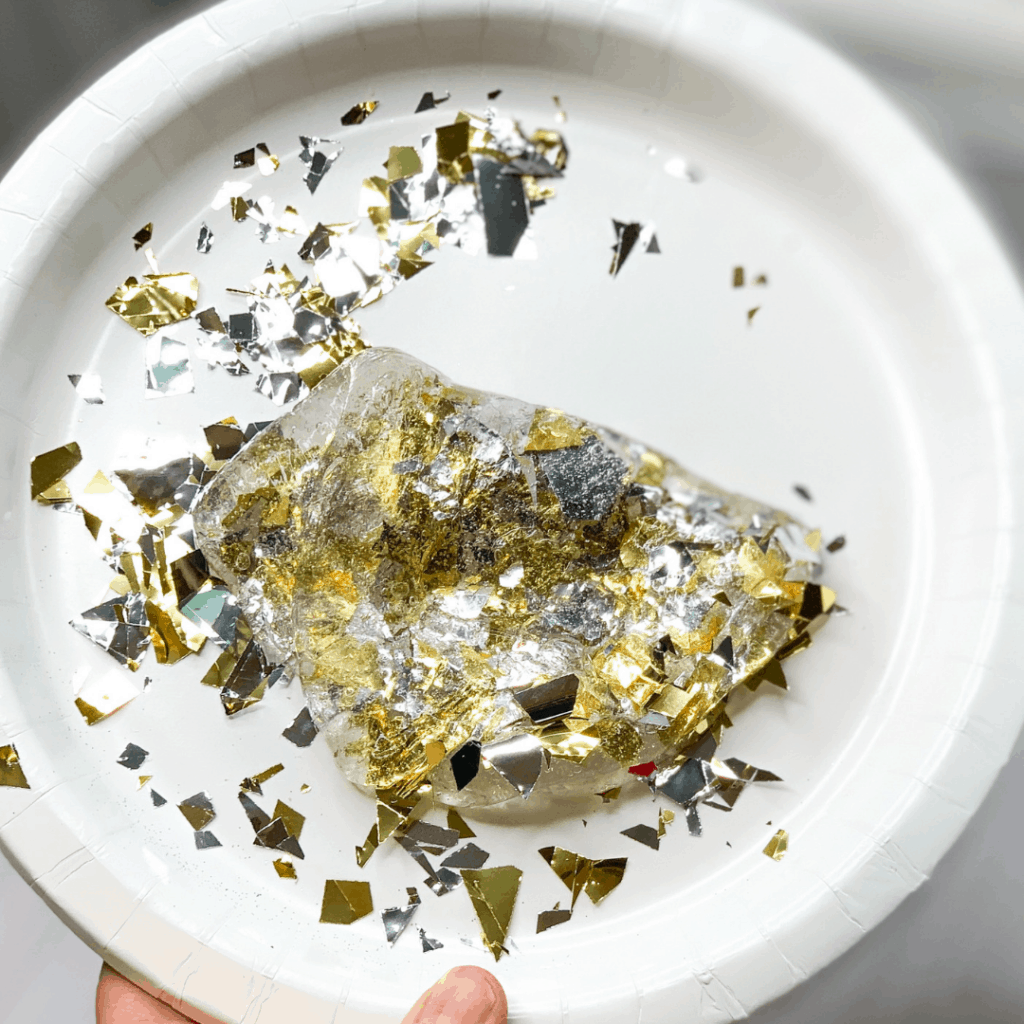 Mix some gold foil confetti into the clear slime by folding the confetti in and squishing. 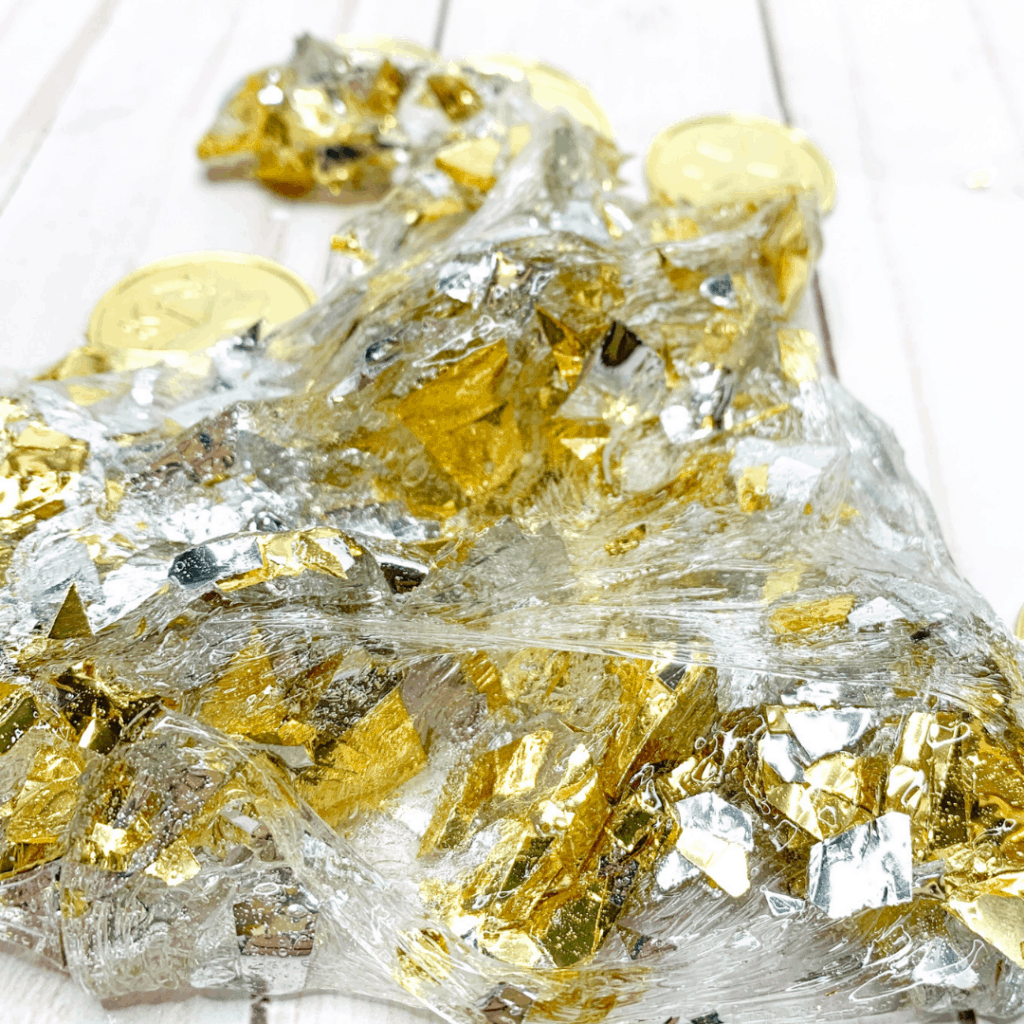 We loved this confetti method because it still looks like clear slime! When adding in glitter, it gives the slime a tinted look, whereas here, you can easily see the gold, but also get the glass effect of clear slime, which is fun to look through and stretch. 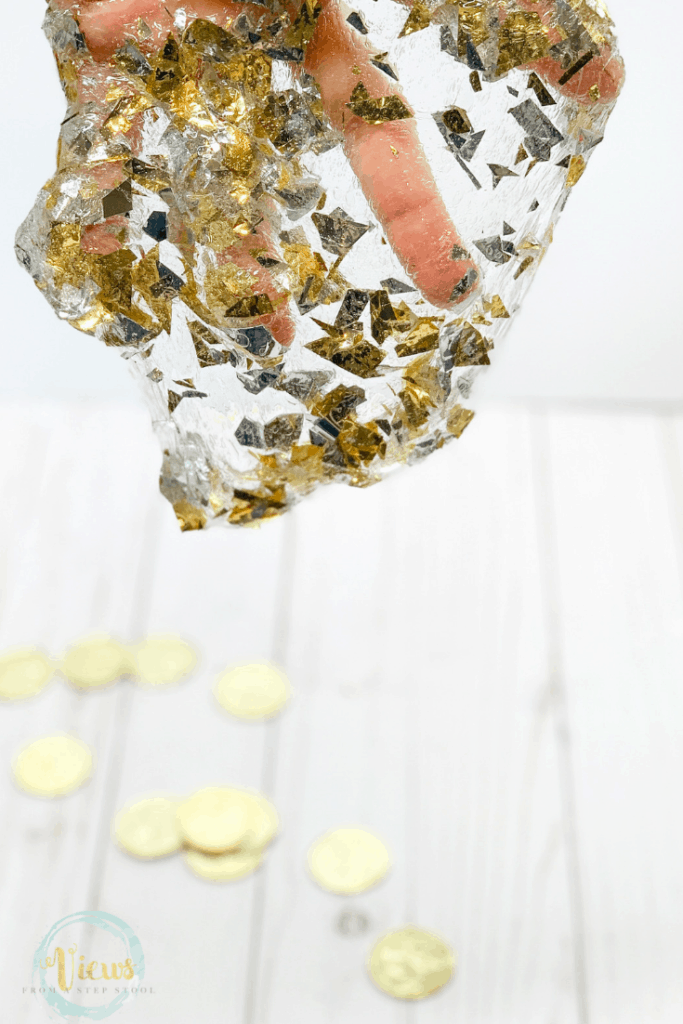 Enjoy playing with this gold slime any time of the year, but it also make a great St. Patrick’s Day slime for kids! 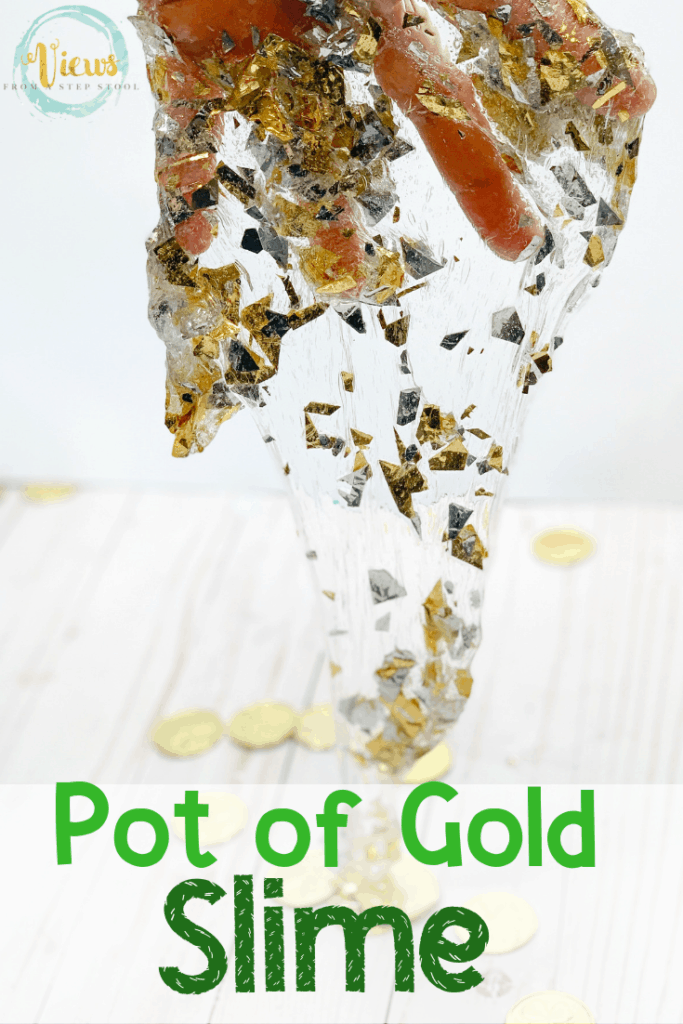 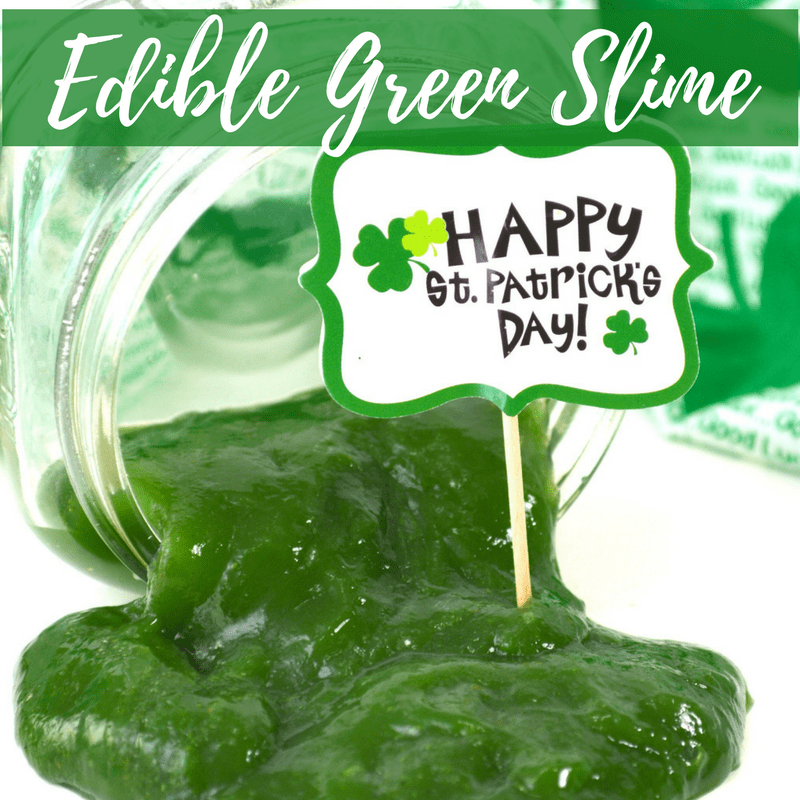