So many ideas for sensory games that use homemade slime. Never know what to do with all the slime your kids make? Here are 10 ideas.

We love to make homemade slime around here. My 5 year old would make it every day if I let her, and multiple times a day at that. It is such a fun substance to play with, it is stretchy and gooey and slimy, but if made correctly, doesn’t stick to your hands!

Stretch it, pull it, drip it and more. But, what do you do with the homemade slime when the kids are done playing with it? It might seem like a waste to throw it away, so before you do that, here are some fun sensory games you can play! 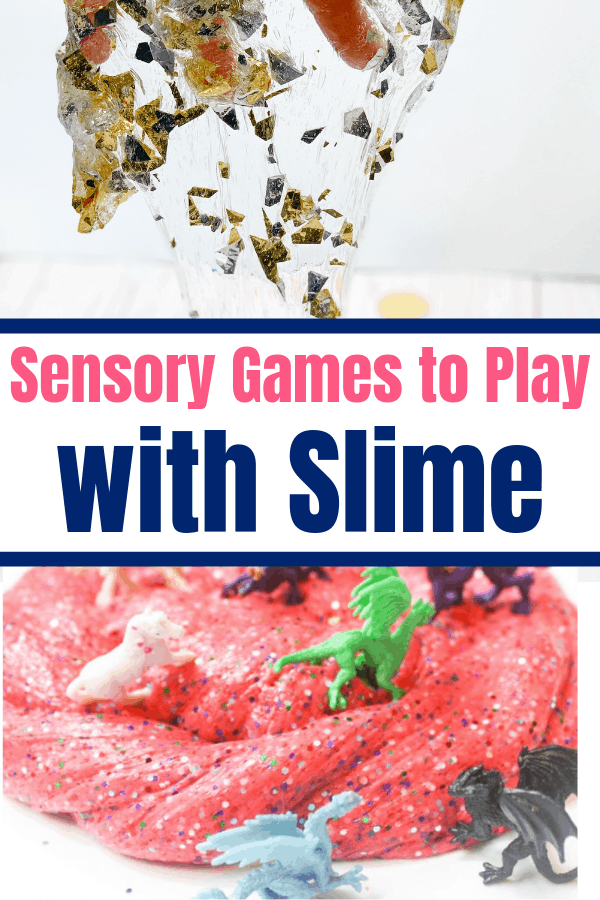 Yes, there are ways to play with slime aside from just digging your hands in and stretching it. Children with Sensory Processing Disorder or who are on the Autism Spectrum may crave or need sensory play, but sensory activities benefit all children. Young babies learn best by using all of their senses, and this doesn’t change much as children get older.

Sensory play goes far beyond using the sense of touch. It includes activities that encourage children to smell, to taste, to listen and so see differences. Playing with slime can satisfy all but taste (unless you make edible slime) making this a really great tool for sensory games at home. 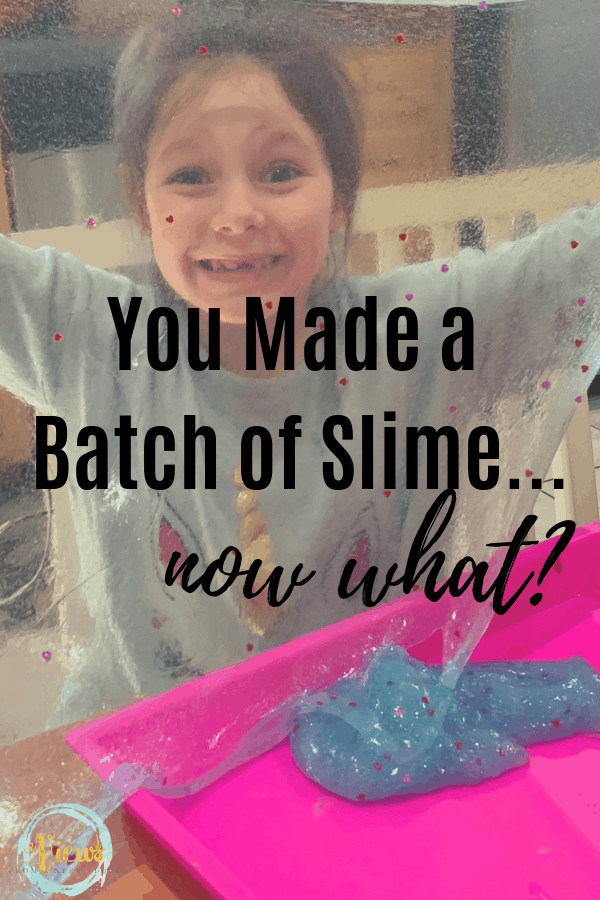 How to Make Homemade Slime

Begin by making a batch of clear slime, then add food coloring or various mix-ins such as glitter or confetti to change your slime up a bit.

Mix the glue and water, then add the magical liquid, and mix. The slime should come together quickly with a spoon, but will need some mixing and kneading with the hands.

It will be quite slimy and sticky at first, but after mixing for a minute or so with the hands, it should form one large ball and no longer stick to the hands.

If the slime is still sticky, add a bit more magical liquid. If the homemade slime is too runny, add more glue. Continue to mix until you are satisfied with the texture of your slime, and play one of the sensory games below!

Alternatively, here is a recipe for slime with borax if you prefer to use that. 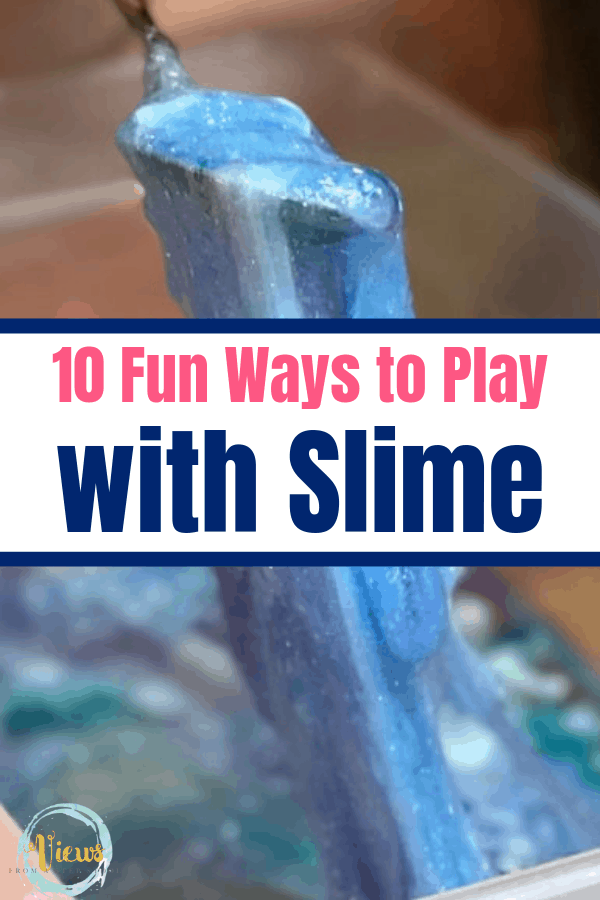 Scent the slime and play a guessing game. Separate the batch of clear slime into small pieces. Add a drop of various essential oils to each pieces and mix in. Some fun oils for kids to identify might be lemongrass, peppermint, lavender and orange. Place the pieces of scented slime in small containers and mix them up. Children can open the tops and smell, guessing the scent of the slime! (Simply Earth is our favorite place to buy essential oils, check out their subscription box too!)

Cut the dripping slime.  Place a wire cooling rack suspended between two items, like chairs. Place the slime on top of the rack and allow to drip down. Children can practice scissor skills by cutting the drips of slime before they reach the ground.

Blow slime bubbles. slime bubbles here. You can blow bubbles in slime by placing a straw into a ball of slime, and blowing. This is so much fun for kids, and such a fun sensory game to see who can blow the biggest slime bubble. See the video tutorial for

Make a slime sensory bag. This is a great slime activity for babies and toddlers. Put the slime in a ziplock bag and seal tightly, ensuring there isn’t any air left in the bag. Kids can squish the bag and feel how the slime moves, without getting any slime on their hands.

Make a slime sensory bottle. Place the slime in an empty water bottle, so that the slime fills less than half of the bottle. Turn the bottle over and watch the slime fall to the other side. Add glitter to the slime to make this a mesmerizing sight, entertaining the sense of sight.

Make designs in the slime. Spread the slime out flat on a tray, and press plastic cookie cutters into it to make fun shapes and designs.

Play I-Spy. Bury some small toys in a ball of slime, then have your child dig through the slime to uncover them. If children don’t like to touch the slime, they can use a plastic knife or utensils to help them dig.

Make slime stress balls. Place the slime into  a balloon, and wrap the slime balloon with fishnet tights. Secure tightly, and squish the ball, watching pockets of slime emerge through the holes in the fishnets. Children can play a game of soft-toss catch or hot potato with the slime stress ball too!

Make a slime road or runway. Stretch the slime into vertical pieces and create roadways on a tray. Drive toy cars with rubber tires across the slime, making fun track marks in the slime as they drive.

You see, there are so many fun sensory games to play with homemade slime! So, whip up a batch, and get playing!