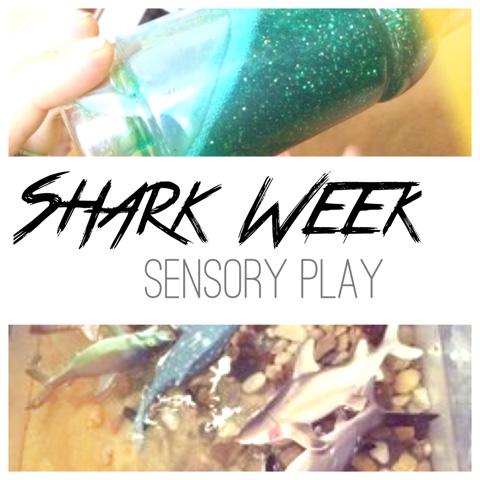 We have been celebrating Shark Week in our house! While I haven’t actually shown my kids much of the actual shark week on Discovery Channel…shark week is all around us so we are celebrating as well. If you have followed my blog at all, you might know by now that I like to take inspiration for our activities from holidays/celebrations…it’s tough to come up with activities all the time so I love having something to ‘celebrate’! We started the week by taking a trip to the library and reading a bit about sharks; I have learned so much! Did you know that when a shark loses a front tooth, one from the second row of teeth moves up to the front?? Cool right?! I learned that at bedtime tonight 🙂 We have also made a shark craft that I have yet to blog about…check out my Instagram to really stay up to date with what we do around here!
Before I get to what this post is about, the sensory play, I also want to add that we took a trip to the local aquarium today to get a very up close and personal look at some amazing sharks! 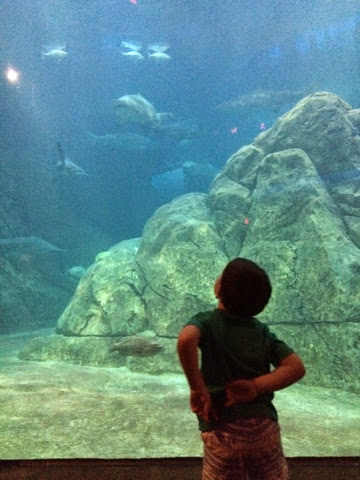 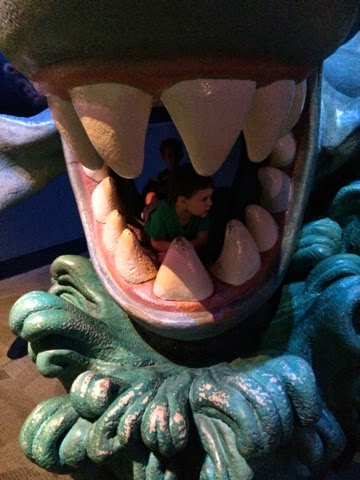 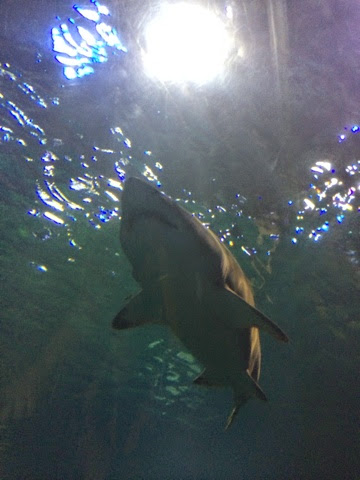 *Adventure Aquarium, Camden: Shark Tunnel
Alright, down to the hands-on stuff…these were both spur of the moment items with things that I had around the house, so super easy to re-create!
1. Ocean Discovery Bottle
Kids of many ages LOVE discovery bottles and there are so many different ways to make them. To see how we have made other discovery bottles, check out my Setting up a Calm Down Area for those ideas. This one was simply glitter glue and warm water (and a bit of extra glitter because it’s so pretty).  I also put a toy shark in there which is difficult to see in the picture, but it gets so well hidden that you have to really shake the bottle and search for the shark, which is a fun little game for the kids. I did add blue food coloring, but the only glitter glue that I had was yellow…so we have a bit of a murky ocean…fun nontheless. 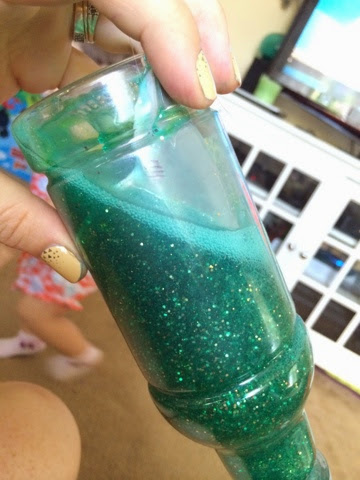 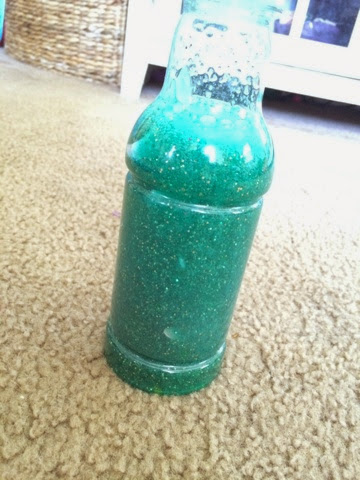 2. Shark Sensory Bin
I had promised M that we could make ocean slime to play with our new sharks with…but then I realized that I used all of the blue food coloring in our discovery bottle ^^^ which really turned out green…and I haven’t gotten around to making blue liquid watercolors yet, only green and red…so change of plans. A last minute sensory bin thrown together after scouring the ‘craft room’ (aka complete mess/storage/guest room) that the kids adored. It allowed my husband to cook dinner, which I adored, and allowed me to sit and take pictures! Amazing right?! Sometimes I come up with what I think are great ideas and then after times like this, I realize that all I needed to do was hand them a bucket of water. 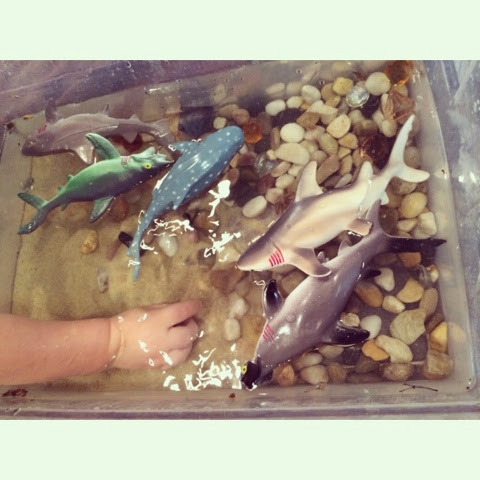 I found a bucket, some rocks, sand and the toy sharks…that we bought (and were designated for slime) at the aquarium. We discussed how some sharks like to live in shallow water where you would find sand…that was my excuse for the bin anyway. 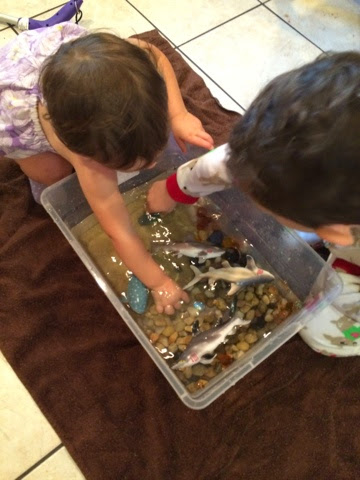 Sometimes the simplest things really are their favorite though! And once I added
two cups, you would have thought they won the lottery! 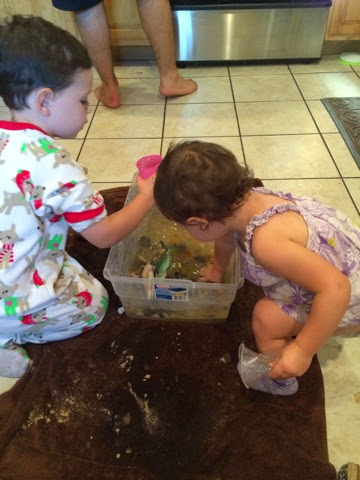 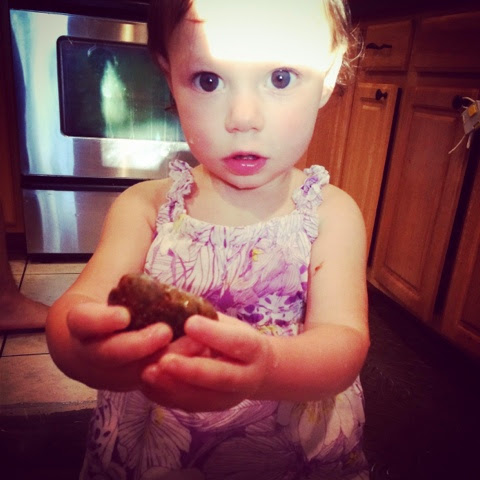