The kids will love playing this holiday version of “Simon Says”. But instead of Simon – it’s Santa! All you have to do is print off this Santa Says Printable Christmas Game to get started!

The excitement of Christmas is probably already buzzing through the house and this Santa Says Printable Game is a fun addition to have. Not only does it have everyone in the family being active together and having fun but it also works on their listening skills, too.

Pair this up with our other Fun Christmas Games for Kids and they’re going to be having a blast! 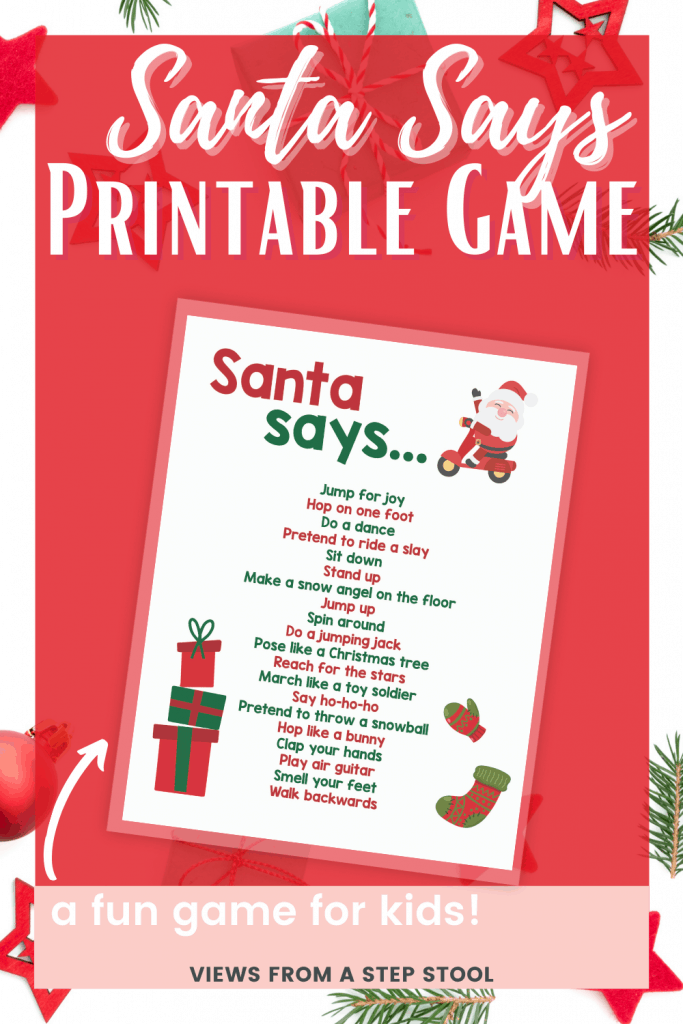 More than likely, we all grew up playing a version of “Simon Says” at some point in time or the other. And what this means is that we all know how to play it and it’s a simple game and activity for all ages.

The person who is reading off the directions does have to be able to read, but those who want to play can be young where reading skills aren’t required.

As long as everyone has an imagination and wants to play, everyone can join in on the fun! Printable games are so much fun because they are inexpensive (in this case free) and you can play them over and over again! 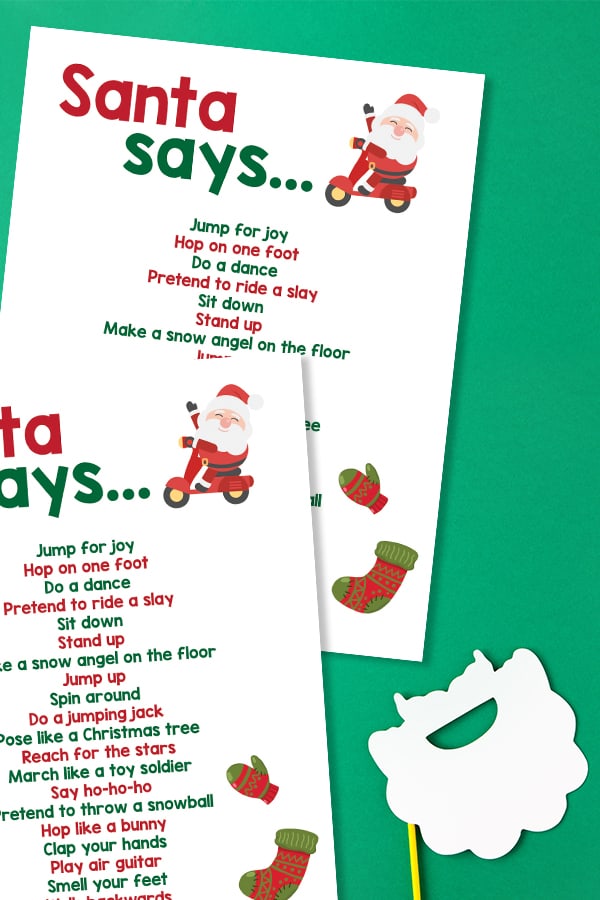 How to Play this Santa Says Printable Christmas Game

There’s really not a ton of directions to this game besides the main one – have fun!

Just print out the free printable game, pick someone to be the person who reads off the actions, and invite everyone else to join in on the fun!

You can up the level of difficulty and trickery if you start to read them faster or throw in some random zingers, too! 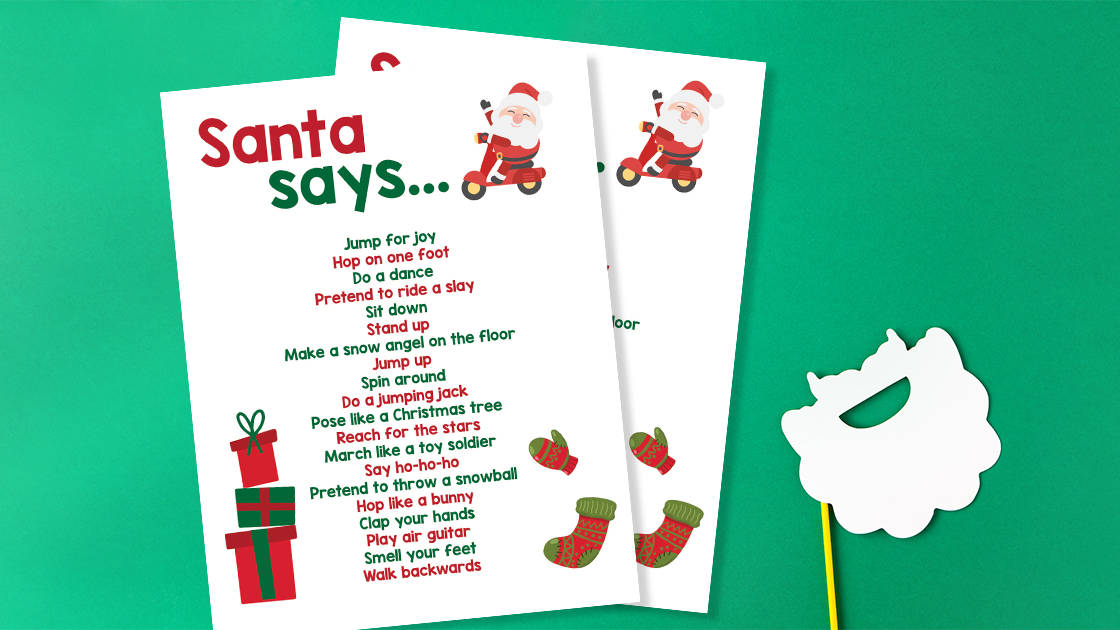 As you’ll see from the printable, there are a lot of fun activities that are going to happen! It’s up to the reader to decide if they want to add “Santa Says” in the front to have everyone do them or not!

Some of the simple prompts are:

And more! Change it up every time so nobody really knows what’s going to happen! 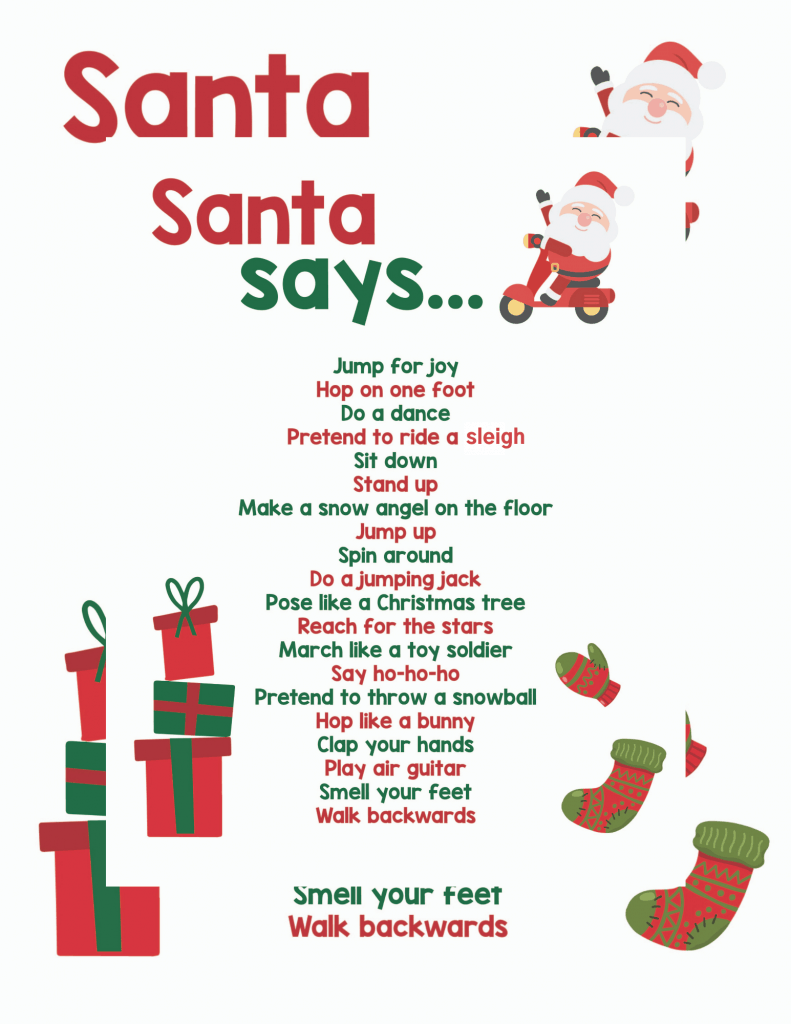 Just click, print, and play! It’s as easy as that! Kids and families will love this one. 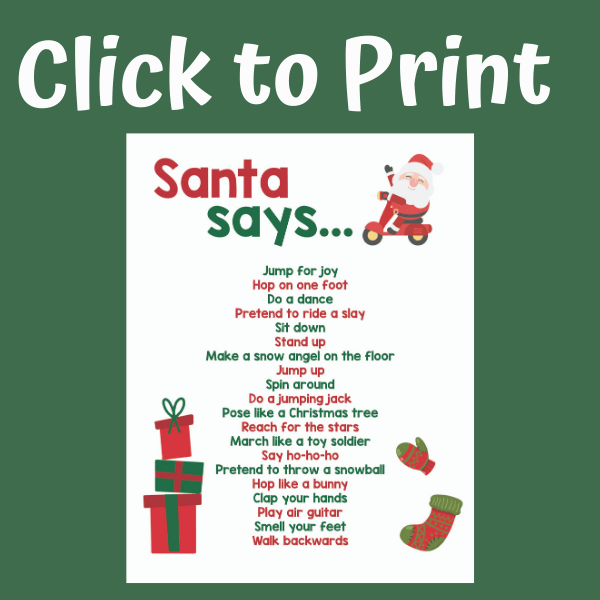 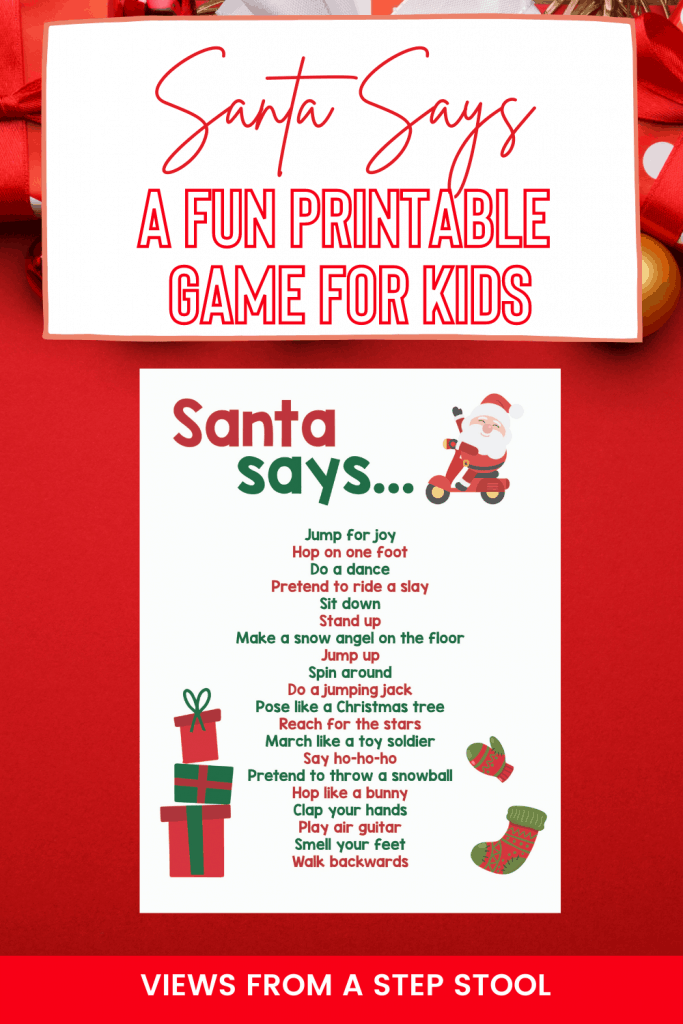 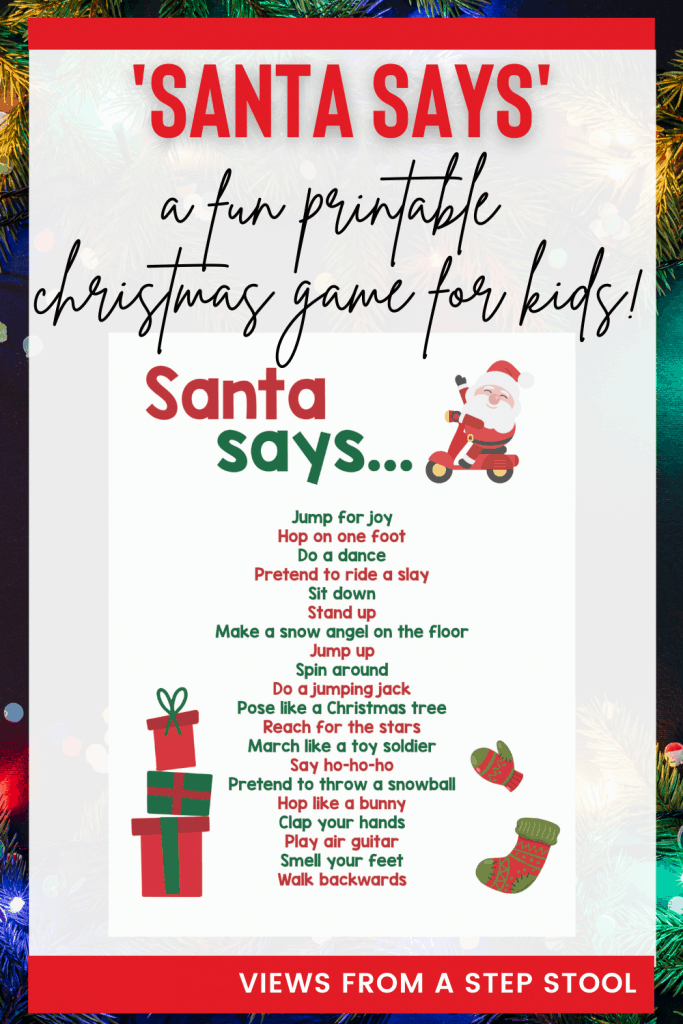